Drudge Report thinks there might be a leak in the Supreme Court.
That somebody told him the Court's first vote in the Obamacare case.
Which Justice would it be?
He's appointed two. My bet is on Elena Kagan.
It wouldn't be Sotomayor. She's wise er. 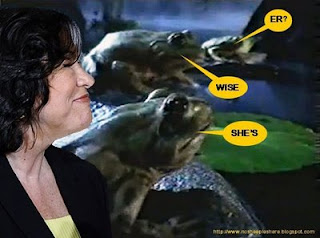 My guess for the best way to deal Obamacare has been overturned? Justice Ginsburg might retire before July, giving Obama a chance to nominate a younger liberal before he loses in November.