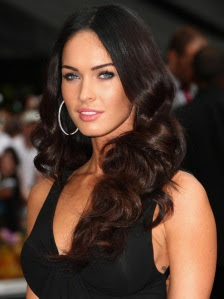 The youngest son - age 9 - got into the car after school. First thing out of his mouth - "I'm going to marry Megan Fox."
I'm surprised. How does he know about her? Transformers, of course. "She's hot," he says.
He then tells me that he and a friend were playing with a magic 8-ball (called Magic Meatball in ICarly on Nick). His friend asked if he would marry Megan Fox and the ball said "No."
My son asked the magic 8-ball twice if he would marry Megan Fox, and it said "Yes."
Can't argue with the Magic Meatball.
Thankfully, Troglopundit can be counted on to have a good picture of Megan Fox to use.
UPDATE: Smitty helps spread the word. And adds it to Rule 5 Sunday.
UPDATE2: As does DaleyGator.
UPDATE3: I knew Trog would join the fun.
UPDATE4: Grandpa John adds his two cents.
Posted by Mike at 4:48 PM

Sorry, Mike, but science has investigated the matter.