It used to be called Court TV. This week, it's hardcourt TV.
CBS shares the NCAA tournament with the new contract, adding TBS, TNT and TruTV (formerly Court TV) so all games can be seen in their entirety on cable systems across the country. 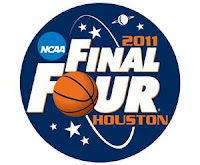 You caught the first four tournament games on TruTV, didn't you? Play-in games Tuesday and Wednesday were on the channel. Hokie fans couldn't watch after being left out of the tournament again.
The second day of the opening round starts Friday at noon on CBS with Texas playing Oakland. TruTV starts at 12:30 p.m. with Tennessee-Michigan, while TBS offers Notre Dame taking on Akron at 1:30 p.m. and TNT starts its day at 2 p.m. with George Mason against Villanova.
Each network has four games Friday. TNT covers the formerly barren area between 5-7 p.m., when CBS shows local and national news. So race home from work and watch college basketball the rest of the night.
CBS continues its full weekend schedule starting Saturday at noon and Sunday at noon. TNT has two games Saturday beginning at 6 p.m., while TBS begins its weekend coverage at 7 p.m.
Then it's down to 16 teams, and likely no more basketball on TruTV until next year.
The women's tournament gets going Saturday at 11 a.m. on ESPN2. Play in the Charlottesville region starts Sunday at noon on ESPN2 when Miami faces Gardner-Webb. Local favorite James Madison plays Oklahoma at 2:30 p.m.
ESPN shows a second-round NIT game Saturday at 11 a.m. and Sunday at 11 a.m.
For more top college athletes, ESPN shows the NCAA wrestling championships Saturday at 7:30 p.m.
NASCAR heads to Bristol this weekend, with the Sprint Cup race Sunday at 1 p.m. on FOX. Danica Patrick and the Nationwide racers hit the track Saturday at 2 p.m. on ESPN.
The surging Capitals take on New Jersey Friday at 7 p.m. on Comcast, while the Rangers visit Pittsburgh Sunday on NBC.
Comcast offers the Flyers at Dallas Saturday at 8 p.m.
The Wizards play at Toronto Friday at 7 p.m. on Comcast-plus.
The PGA tour is on NBC Saturday and Sunday at 3 p.m. for the Transitions Championship.
MASN has a Nationals exhibition game against the Tigers Sunday at 1 p.m.
Posted by Mike at 6:10 AM