Back in 1994, Baltimore had a Canadian Football League team when the NFL didn't grant the city an expansion team. 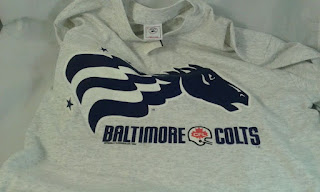 The new owner decided to call them the "Baltimore CFL Colts."
The NFL Colts didn't like that and sued, so the team began the year without a nickname.
At games, the announcer would say here's your Baltimore CFL (pause) team.
The fans took advantage of the pause to yell Colts.
The Redskins have a lot longer history - and probably fans will call them that name for a while.