Baltimore had plenty of excitement Sunday, hosting its first postseason baseball game in 15 years. The excitement last eight innings, but unfortunately, the game was nine and the Yankees won. 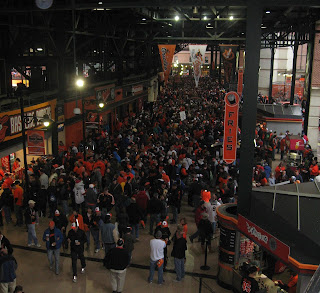 Rain delayed the contest by two and a half hours, leaving the sellout crowd to mingle underneath the stands. 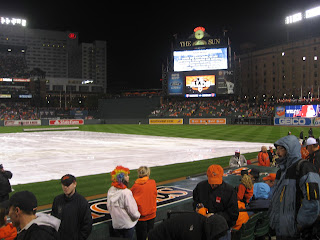 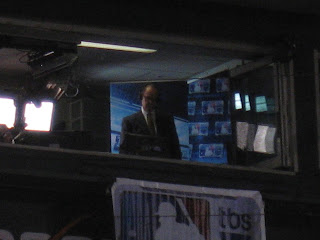 The TV crew had to wait, but eventually the tarp came off. 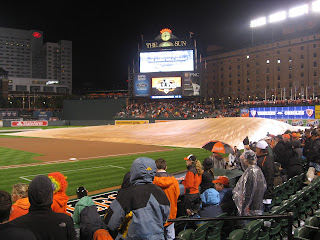 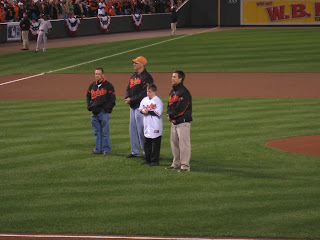 Throwing out the first pitch was the student shot at Perry Hall High School a few weeks ago and the staff members who stopped the shooter.